The Beulah Spa History Project was set up by Chris Shields to obtain funding to get a marker placed on the site of the well. A granite ground stone and a pictorial history lectern were installed and unveiled by the Mayor of Croydon on Saturday 29th September 2018.

The Beulah Spa is a very important place in the history of culture and entertainment in London and was located in the borough of Croydon, though now it seems very much forgotten.

It opened in 1831 and lasted up until 1856 (when it closed due to too much competition from the Crystal Palace just around the corner and the coming of the railways which opened up many more recreational places available to visit). In its heyday it was a popular natural saline spring and spa, situated in fashionable pleasure gardens.

The actual Spa spring which was known and used by the locals 150 years earlier, with them collecting the healing water in their leather bottles – hence the name Leather Bottle Lane now Spa Hill. Its waters were analysed by scientist of the day Michael Faraday who said it was purer than the waters of Bath and Wells and contained more salts than the waters of Cheltenham.

It was a very fashionable pleasure gardens - designed by Decimus Burton (famous for his Hyde Park arches) and updated by a new proprietor Thomas Witlam Atkinson (who was an architect, artist and travel author – famous for his drawing of the Sphinx at Cairo).

It was frequented by the rich and fashionable – Countesses, Dukes, Kaisers and Generals. Even Queen Victoria attended - on four occasions. Her first visit was with Prime Minister Lord Melbourne and the last was with her children Princess Vicky and Prince Bertie (Edward VII). Other visitors included Charles Dickens and William Makepeace Thackeray.

It hosted grand fetes and galas, recitals by opera singers, a military band which played every day, balloon ascents, tightrope walking, military bands, archery, a camera obscura, an octagonal reading room, gypsy fortune telling, two ornamental lakes, and a singing minstrel, the Beulah Spa reigned in Upper Norwood for over twenty years before the arrival of the Crystal Palace.

Many in Victorian dress, celebrated with the live music, period dancing and a juggling performance. For the first time in 162 years the glories of the former Royal Beulah Spa and Gardens were enjoyed by the crowd at Norwood.

The All Saints Clarinet Quartet played the music of Johann Strauss Senior (who himself conducted his band on the Spa lawns in 1838) as dancers in Victorian dress – provided by Mrs Bennet’s Ballroom Dance Group - performed quadrilles and dancing just like in the days of old.

The Mayor of Croydon, Bernadette Khan, along with Consort Qaiyum Khan, carried out the honour of unveiling the newly installed Beulah Spa Granite Memorial Stone and a Pictorial History Lectern.

The event was organized by The Beulah Spa History Project founder Chris Shields. Chris, a local author and musician, who has worked for Croydon’s libraries for over thirty years, recently wrote a book on the subject called ‘The Beulah Spa 1831-1856 A New History’. He couldn’t quite understand why such an important place in the social history of London was left unmarked and forgotten.

A band would play at the Beulah Spa every day from 11am until dusk so it really was like going back in time. Chris, wearing a very tall stove-pipe hat, made a speech about the Spa’s history, before the Mayor unveiled the stone on the very spot of the original well spring.

Chris set up the Beulah Spa History Project in order to raise funds to remedy this big omission in the history of Croydon and on Saturday all his hard work and planning came to fruition.

Attendees included Councillor Pat Ryan (who contributed to the cost of the stone and lectern) Stephen Oxford, Secretary of the Norwood Society, Father Leonard Marsh of All Saints Church and Keith Walshe, former Headmaster of David Livingstone School.

Gazebos and bunting were the order of the day as the crowds were amazed with the juggling of Matiss Duhon. The Friends of Spa Woods, who have monthly work days tidying up the Spa Woods, were all present and provided festivalgoers with tea, coffee and homemade cakes. 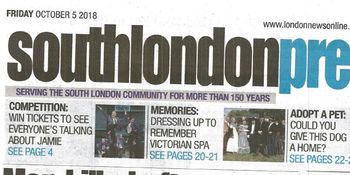 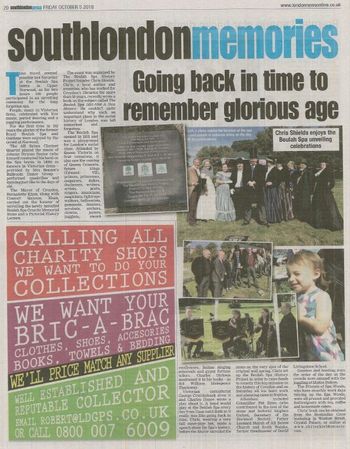 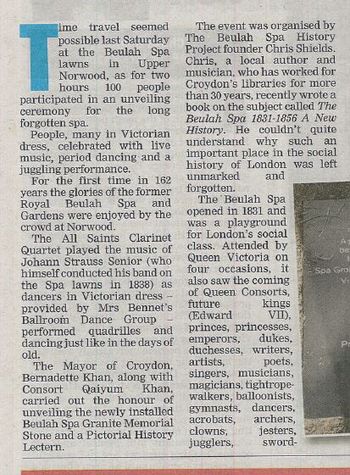 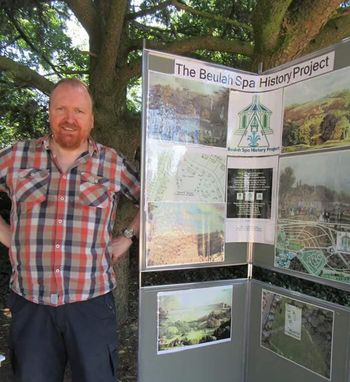 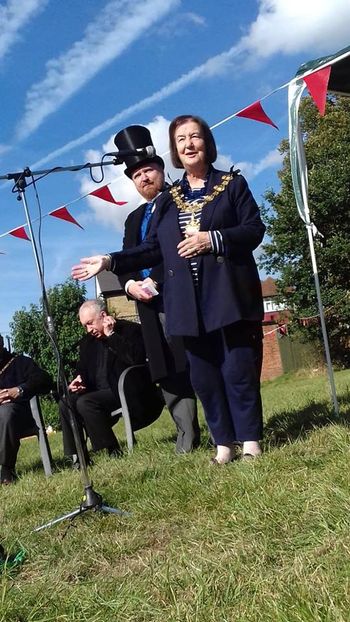 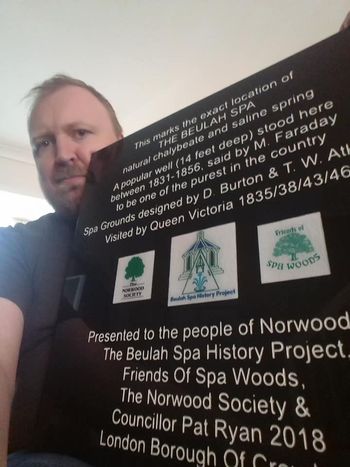 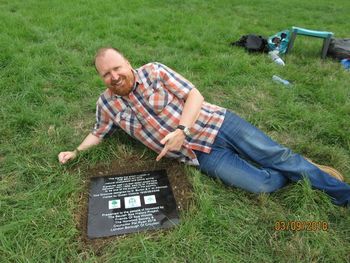 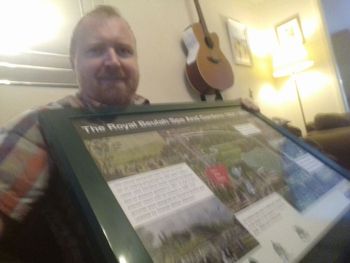 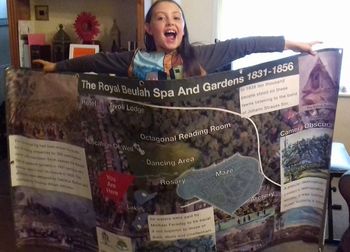 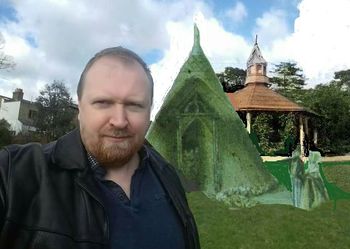